So you would like to capture 360-degree immersive videos with your Android device? You can always get a standalone VR camera or 360-degree cam add-ons to enhance your existing phones. Here are 5 360-degree cameras for Android you shouldn’t miss:

Giroptic 360 for Android Smartphones: transforms your phone into a 360-degree camera. It allows you to livestream to Facebook, Twitter, and YouTube. It works with smartphones that have a Micro USB connector. 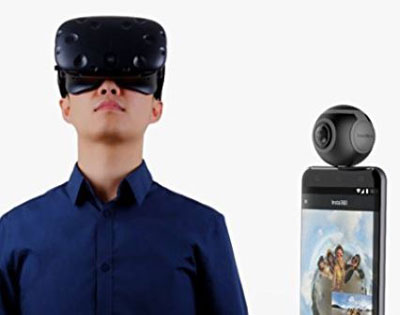 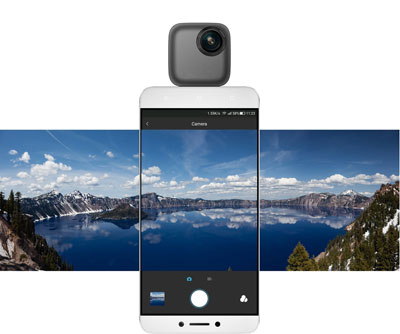 Dinhey 360-degree panoramic camera for Android: captures 360-degree video of the world around you. It weighs only 40g and has a super compact design. 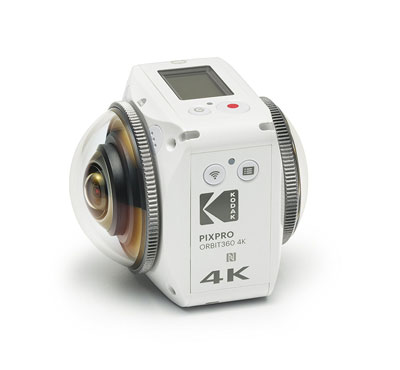 Ricoh Theta V: a spherical video that records 3840 x 1920p video at 4K. It is powered by a Qualcomm Snapdragon processor and has a 4-channel microphone. It connects to your phone via Bluetooth.

Have you found better spherical cameras for Android? Please share them here.